Review
I recently by this Cessna because its big, cheap and a scale look..

and most of all, it had everything to start fly, except electronic
its fly so smooth, and quite heavy for a epo scale plane 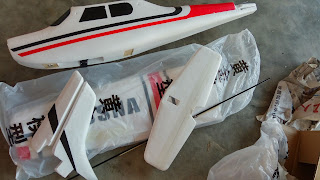 the only problem i see is spar is so long, that the seller had to put a hole in a box for spar placing 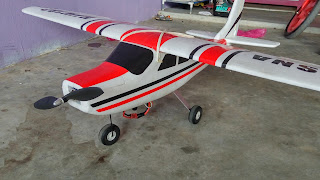 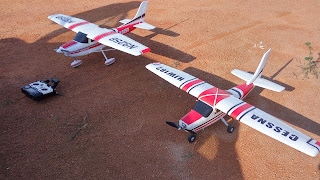 comparison with "branded one" 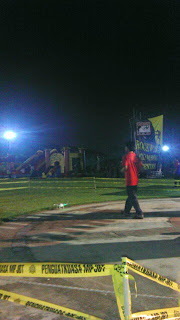 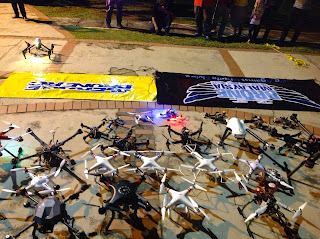 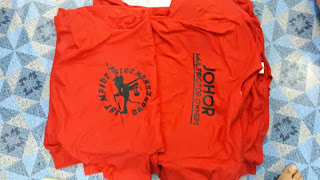 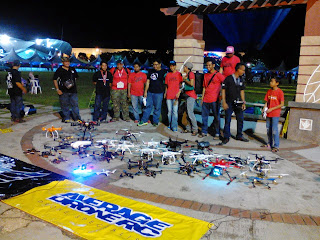 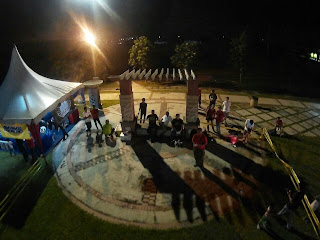 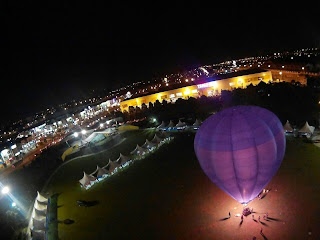 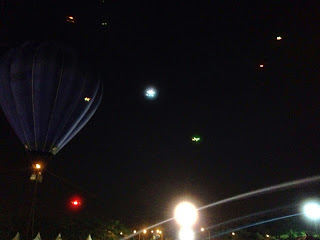 First i though when buy antenna ...the higher gain is the best antenna , seems i am wrong


FPV antenna selection – A guide to help you select the best antenna system for you.

Antennas are the critical link between a transmitter and receiver, so it is best to select the proper antennas for your FPV scenario for the best possible flight experience.  If you refer to the “How to be successful in FPV” guide, you will note that one of the big points is that there is no such thing as best.  There is however, the one that works best for me.  This guide will help you find that system.

Polarization – Circular or linear?
Recently a few FPVer’s including myself have discovered the merits of circular polarization.  Circular polarization is not for everyone, but does give the most consistent performance.  Linear is more common, much simpler and is technically capable of longer range.  So which do you choose and why?

When to use circular polarization:
- When where your base station is near (within 100 feet) of large structures such as houses or buildings
- When standing on a porch or deck of a house or apartment or other building
- When stunt flying
- When flying behind trees and objects
- When doing low altitude flying
- When flying very high altitude (with a directional antenna)
Linear polarization:
Linear polarization is very common and is the easiest to implement.  It is capable of longer range than circular polarization, but is more susceptible to multipathing.  The range advantage is seldom realized due to multipath interference.   The antennas tend to be more compact and easier to build (as well as cheaper to buy).

What if my flight goals encompass several merits of each type of polarization?  This is often the case with most FPVers.  You can’t have it all so you must make an educated guess.  If you are a current FPVer and are having problems with video drop outs and scrambling, then circular polarization will help you.  If your problem is that you are getting fuzz in the video due to going very long range, use linear polarization.

RX antenna selection – How much gain do I want?
Now it’s time to determine how much directivity (gain) is best for you.  This will be determined by your flight area and where you wish for your plane to go.  As the gain of your antenna increases, so does the available range of the video system.  Unfortunately, higher gain antennas have narrower beams and thus are not suitable for short range missions.
Omni directional antennas provide great coverage when flying near the base station, but do not do well for long range missions.  Similarly, a high gain grid or dish antenna would make a poor choice for flying around a park.  Most FPVer’s will find that a moderate gain antenna suits most of their needs.

TX antenna selection:  What do I fly on the plane?
While there is much discussion on which antenna should be used on the ground, the aerial antenna is less discussed because there are fewer choices, but it is no less important.  Generally speaking, lower gain antennas are better for airplanes, but helicopters and long distance runs might opt for higher gain omni antennas.

Since the choices are few, I will discuss each type:
The ½ wave dipole – This is the antenna to which all others are compared. With a moderate 2.15 dbi gain, the antenna has a large null over the top and bottom of the antenna.  This is best used for long range attempts.
The Vee antenna -  This antenna has slightly less gain (~1.9 dbi) than the dipole and is best suited for general purpose flying.   This antenna was introduced to the FPV realm in 2009 and has been used very successfully by many FPVers.
Skew-Planar Wheel – Relatively low gain (.92dbic) this antenna is circularly polarized and has excellent multipath rejection capability.  This antenna is used for general purpose flying where aerodynamic drag is not a critical factor.  This antenna was introduced in 2010 by Nigel (devonboy) which opened up the doors to CP on the airplane.
The Cloverleaf – With moderate gain (1.25 dbic) this antenna is slightly longer range than the Skew planar wheel antenna, but has a slightly oblong horizontal pattern.  This antenna is great for general purpose flying and moderate range where less aerodynamic drag is required.  This is the newest aerial antenna to the FPV world.  Designed by Alex (IBCrazy) as an easier to build higher gain substitute for the Skew-planar wheel.

Choosing the proper RX antenna:
Here I will some of the common antennas we use for FPV and de-bunk some myths as well.  The omni directional antennas listed above all work for RX applications as well and therefore will not be discussed here.

Linear patch antenna – This antenna is by far the most common directional FPV antenna.  With compact size and a 70 degree beam width this allows a good sweep of coverage right out in front of you. This antenna is ground plane dependent, however, and performs best when mounted just a few inches off of the ground.  Frequencies above 2GHz may find that this antenna can be mounted high in the air with minimal problems.
The low mounting requirement is the antenna’s greatest downfall.  It makes flying in hilly areas difficult as the Fresnel zone is easily disrupted.

Yagi antenna – A much less commonly flown antenna than the patch, this antenna is found in a wide range of gain values.  The beam on this antenna is fairly narrow but it is easy to aim and can be mounted up on a tripod or stand as it is not ground plane dependent.   It is a good choice for an antenna tracker provided the tracker is strong enough to take the weight of the antenna.
The greatest downfall with the Yagi is moisture.  Moisture causes degradation of antenna performance as more elements are added.

BiQuad antenna – The BiQuad is a very efficient 11dbi antenna.  Perhaps even less common than the Yagi, this antenna shares the compact size of the patch without the dependence on a ground plane.  The antenna has small side lobes which help in landing.  This antenna works well with antenna trackers.
The greatest downfalls of this antenna are that it is hard to find (it must be built as it isn’t commercially available) and it is fragile.

Grid antenna – Commonly used for long range, this antenna is highly directive.  Gains can range from 15-24dbi.  This antenna is not ground plane dependent and is best mounted high in the air.
The greatest downfall of a grid antenna is efficiency.  Grids are seldom more than 60% efficient.  So while your range capability is great, you must fly in a very narrow beam.

Helical antenna – This antenna is circularly polarized with exceptional axial ratio and multipath rejection.  It is extremely broadband and can be made for a wide range of gains.  Smaller units can be mounted to an antenna tracker.
The greatest problems with the helical is that the efficiency is often not exceptional (between 60 and 80%) and that they are not readily available commercially.

CP Patch – Similar to the linear patch, but circularly polarized.  This antenna is compact and easy to use.
The problems with this antenna are its low axial ratio (multipath rejection capability), and that it is ground plane dependant.

CP BiQuad – The CP BiQuad is an 8dbi circularly polarized antenna.  It has a compact size that is suitable for antenna trackers and is not ground plane dependent.  Alex (IBCrazy) is currently developing this antenna.
The greatest downfall of this antenna is that it has not been perfected yet and therefore will not be available for some time. 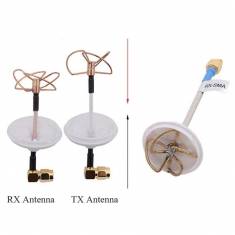 more info on RCGroups on how to build one
http://www.rcgroups.com/forums/showth...

and here are the parts needed to buy and build it. 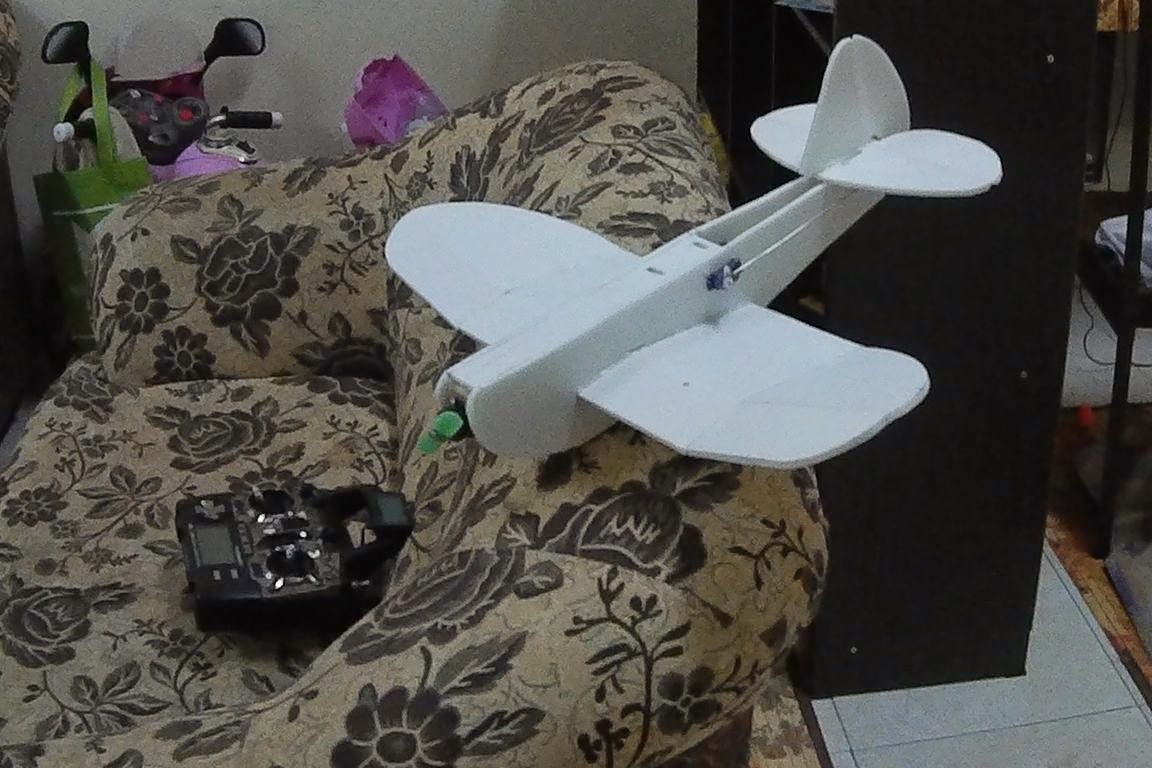 Above is my new mini speedster plane that i build from depron, it use only 2 cell battery and have nice flying characteristic, very floaty and easy to build 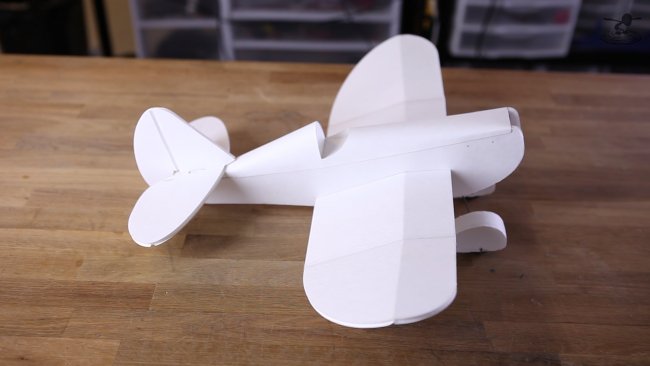 The other three motor has being used as a mini DIY tricopter, for the maiden flight it was a successul and fly nice .. 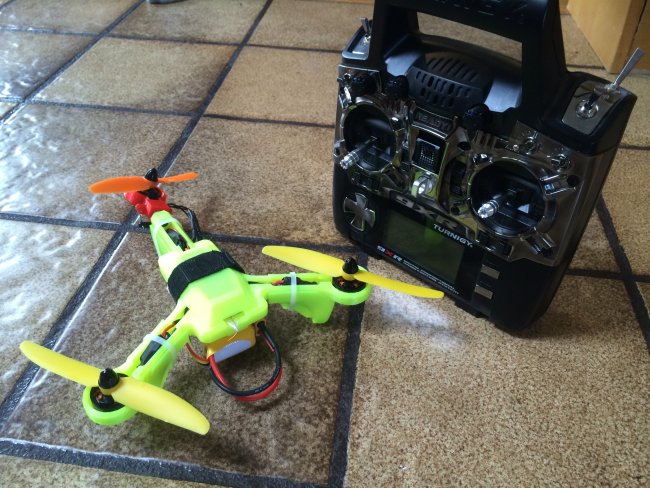 Video:
below is my maiden flight video with attached mobius cam with my hat
Picture :

I added few changes like a landing gear, fuselage cover and a LEGO action figure toy to added scale look
here are the photo below 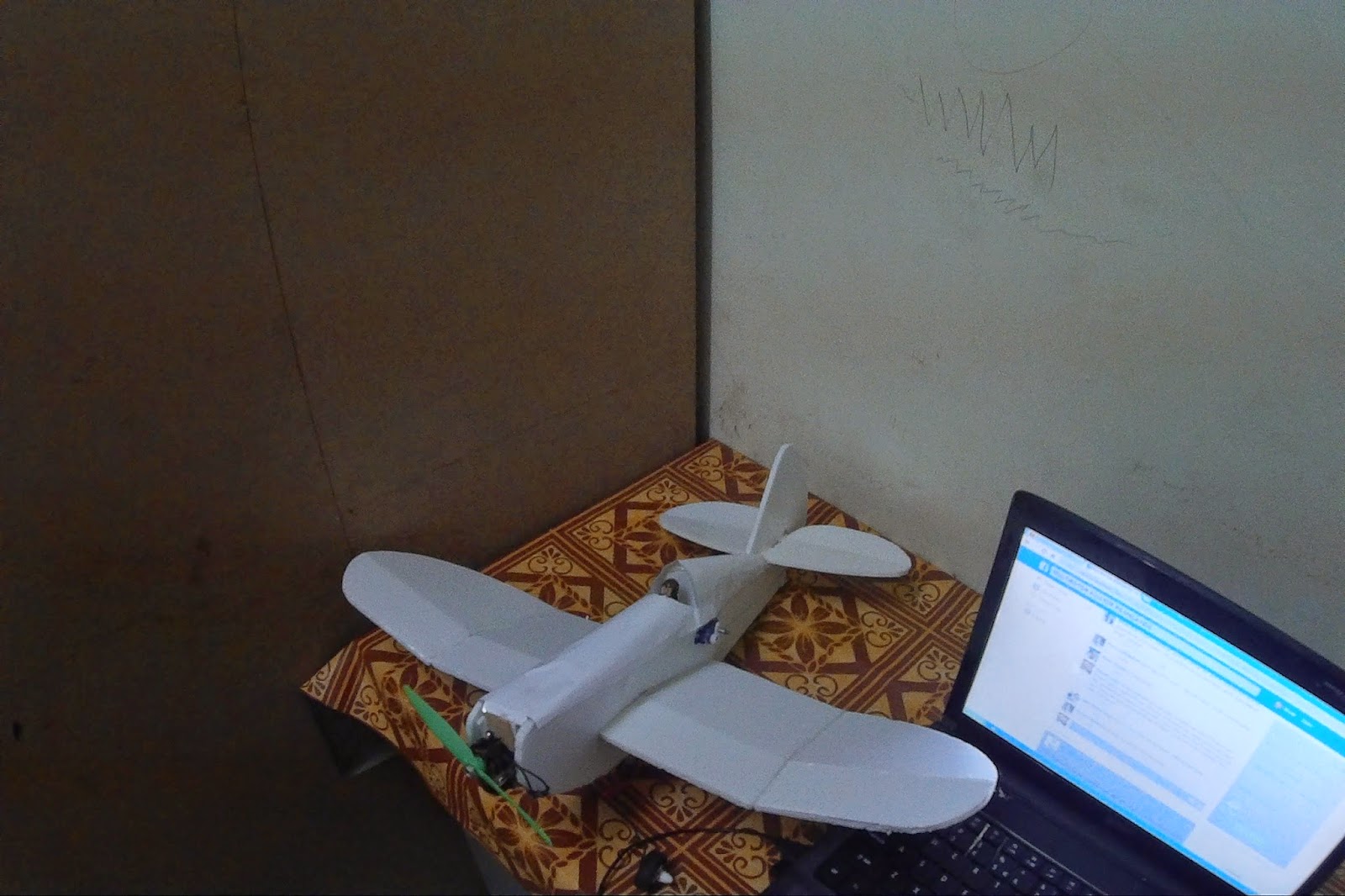 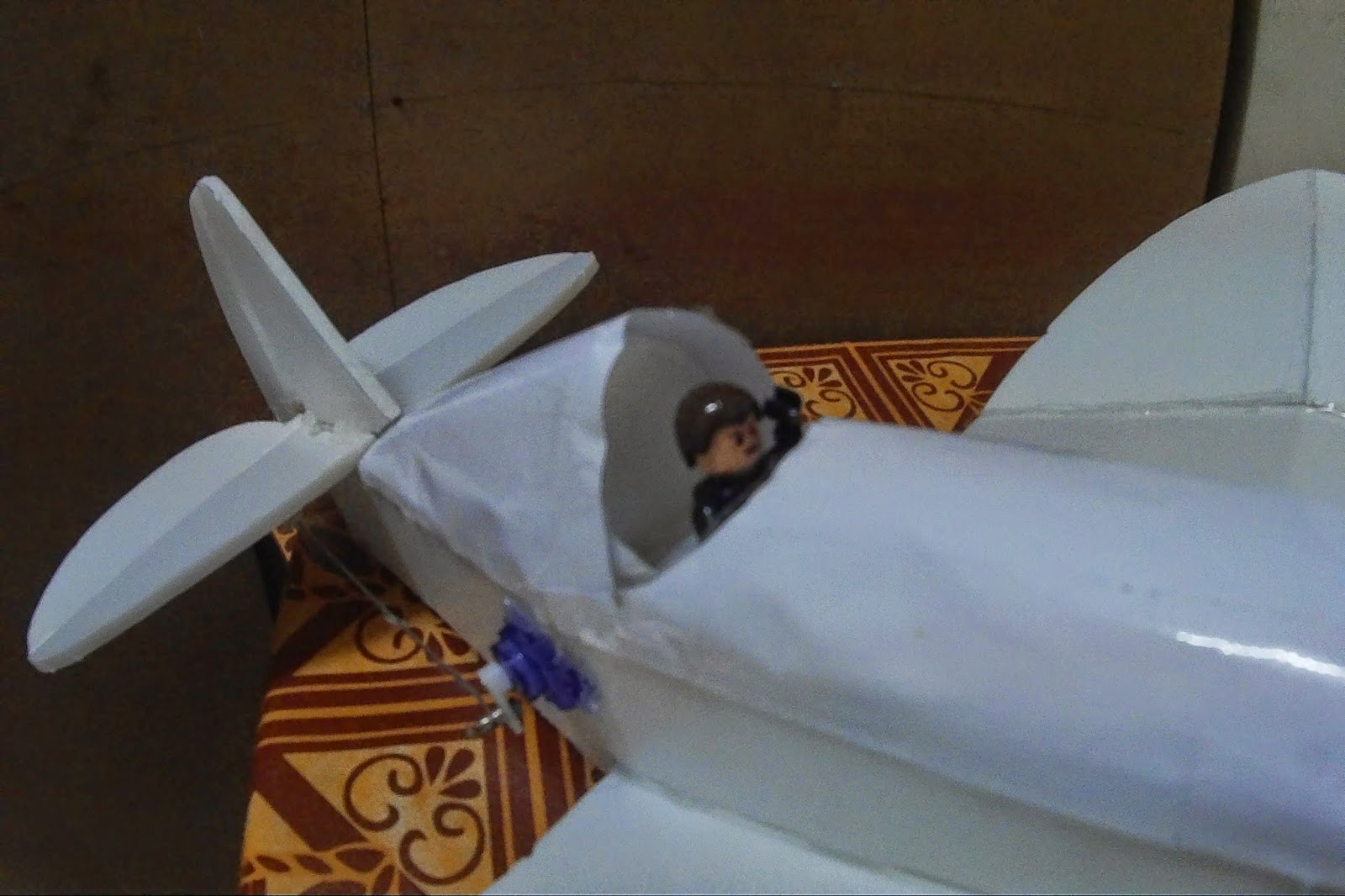 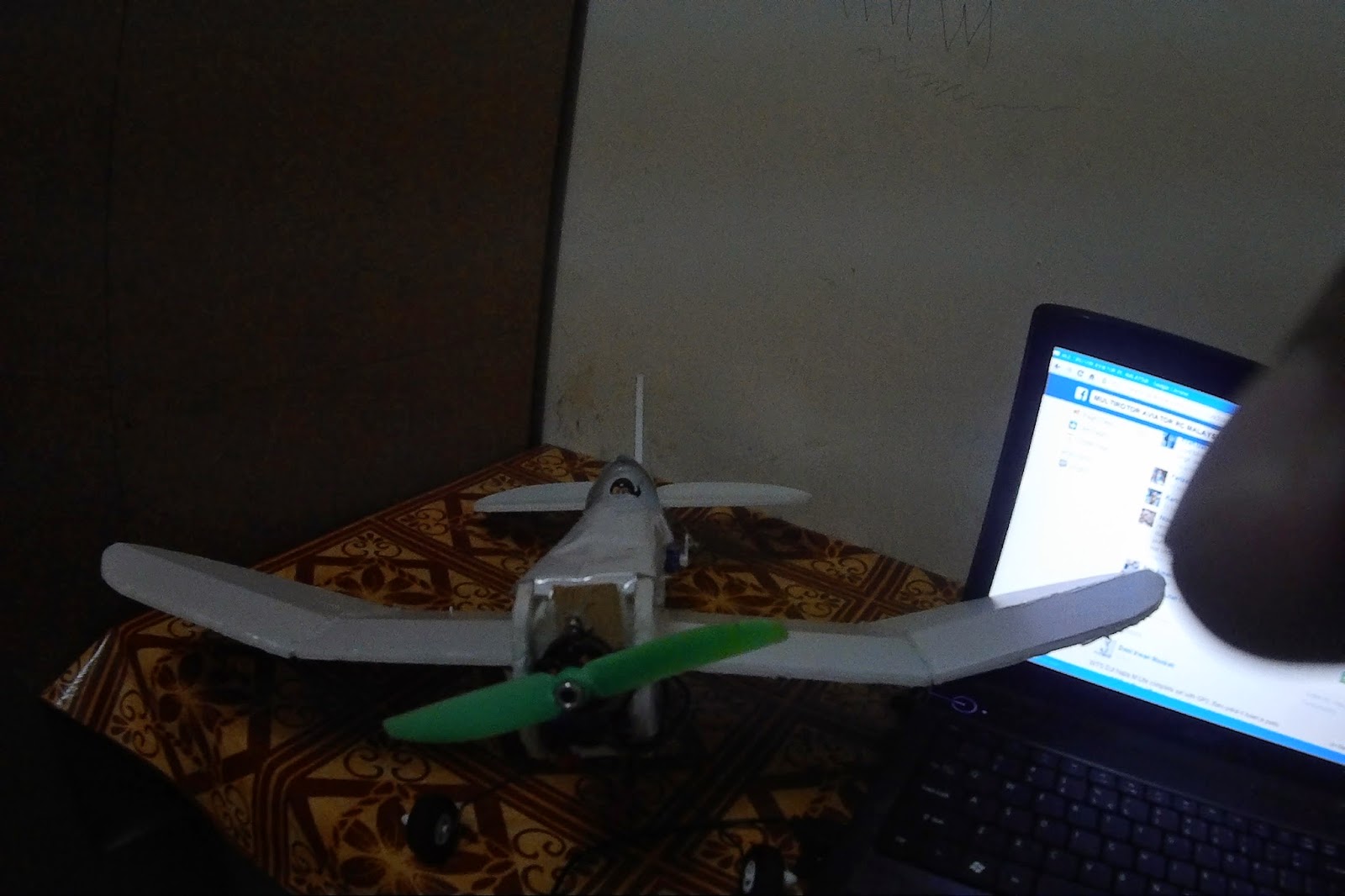 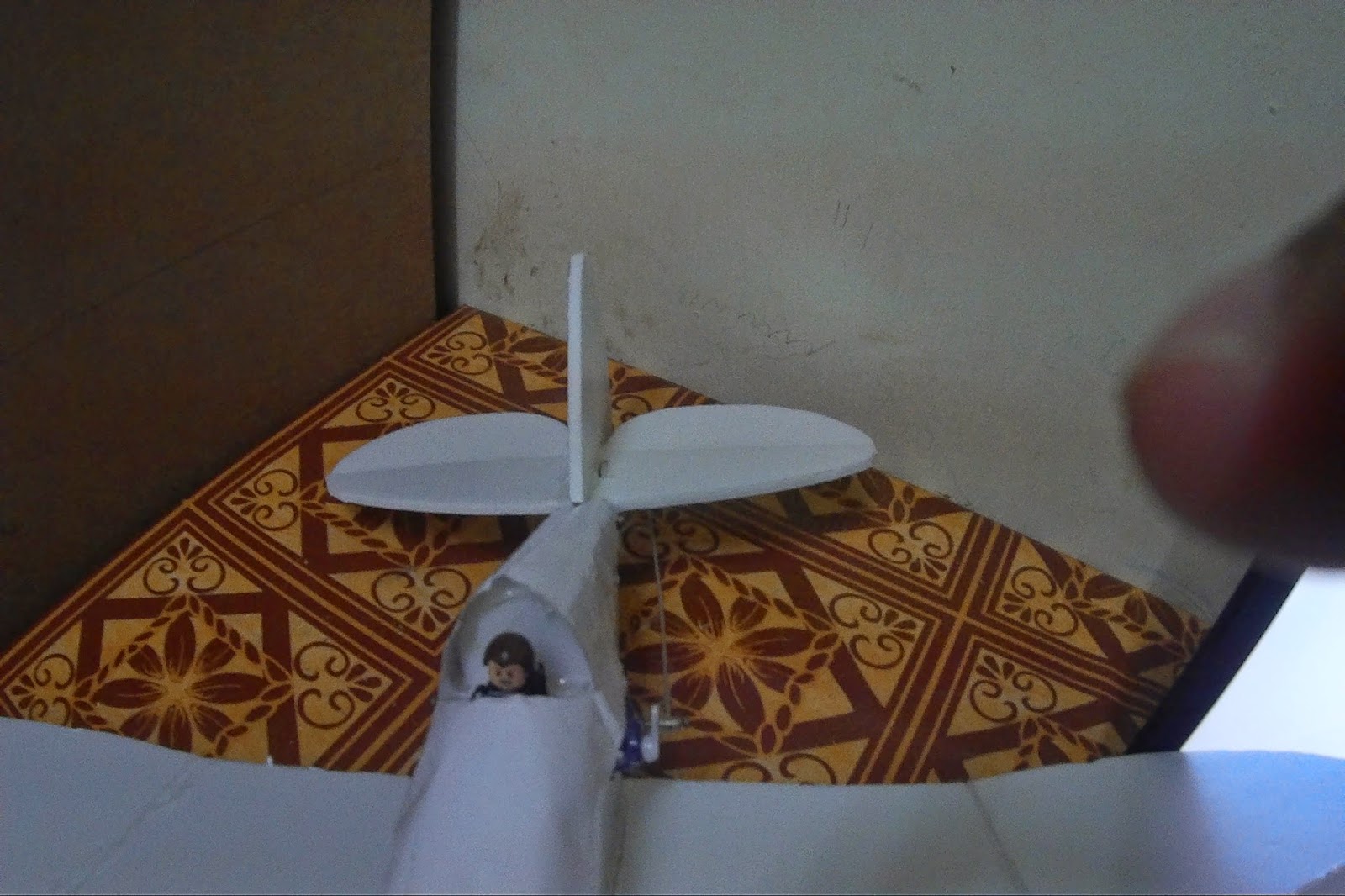 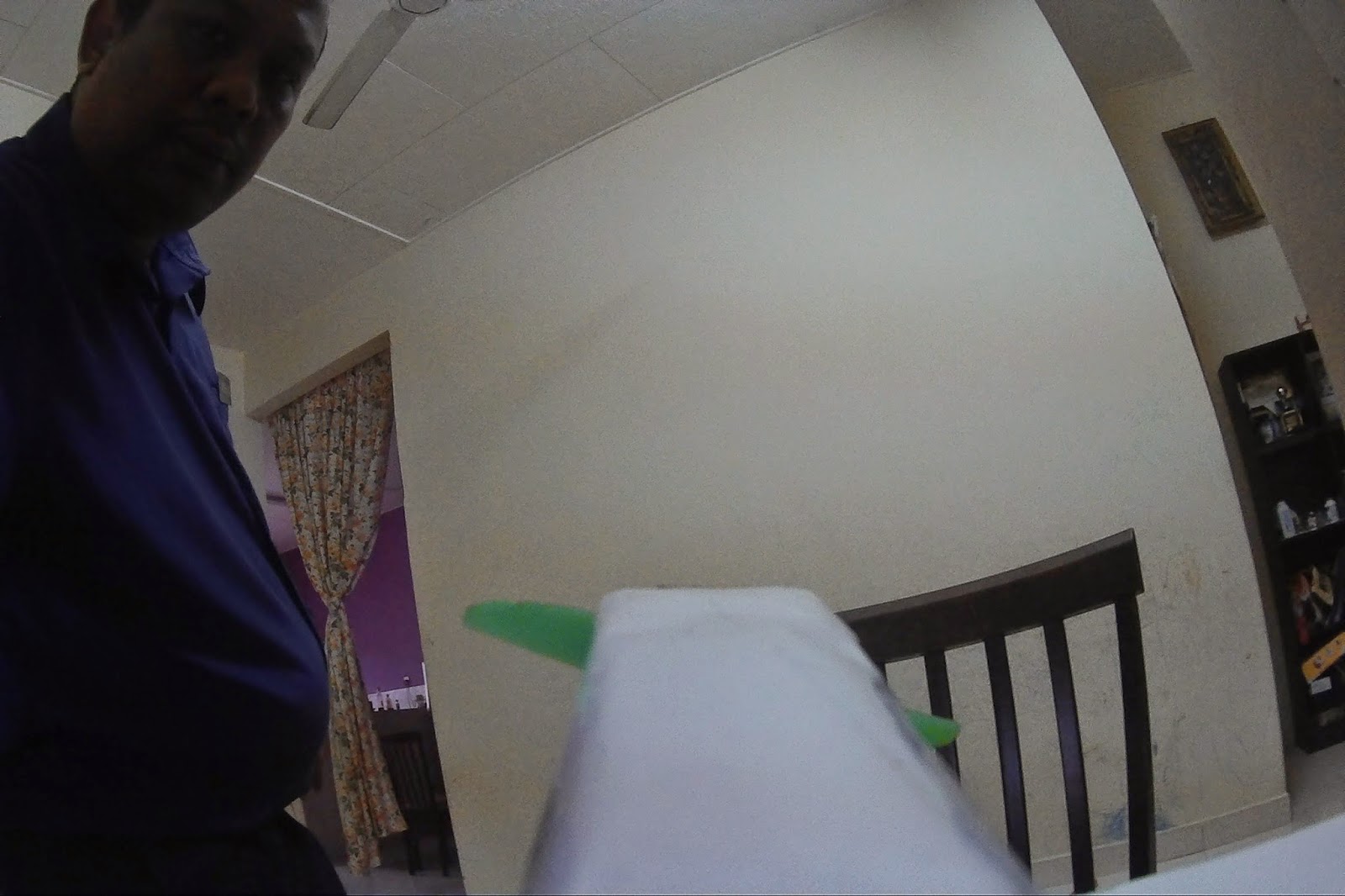 This is first plane i ever made from flite test plans, it only use 1/2 depron to build one and the instruction to build is very easy and if you lost, just follow the guide video from Josh from youtube.

from the video you can see the motor seems lack of thrust, i cannot able to make a loop with this motor, soon i will upgrade to a better motor

when the budget permits i will upgrade it with smallest camera and fpv equipment, i dream to fly it

Parts for the Project


Source from:
http://www.flitetest.com/articles/ft-mini-speedster-build
Posted by Unknown at 00:46 No comments:

Pic above from flite test :http://www.flitetest.com/articles/mini-tricptr-3d-printed-tricopter

Video:
below is my maiden flight video with attached mobius cam with my hat

one of the motor from my previous miniquad is being use as powerpod for flitetest mini speedster plane,
The remaining 3 motor is used for my 3d printed tricopter...
This is my first tricopter build and it is also my first maiden of my tricopter

The most crucial parts of tricopter is how to build a tilt mechanism, it must had a good servo speed and agility .
For maiden flight the first problem that i facing is the quad start spinning one direction only.
the problem is solved after i reverse the servo setting at a Baseflight configurator.

The mini tricopter is fly so fast and agile..but it is a small size and hard to find the orientation once the tricopter flew away. so for my next project is to put FPV equipment for long range flight with this mini

For generous readers, please donate paypal for me